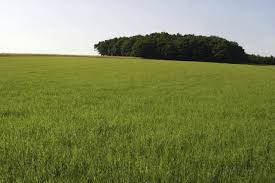 Organic Health Systems is owned and operated by Catherine Cash, a Meridian Stress Analysis Practitioner and an expert on Organic Health Protocols, with the use of the bio-energetics as a key element. Her background in organic systems began in 1998 when she started working in the organic industry as an International Organic Inspector. She later worked with the Virginia Department of Agriculture as their Organic Specialist, and then with the USDA National Organic Program as the Accreditation Manager for the Central US states, Canada, Mexico, South America and Israel. She served on the board of the International Organic Inspectors Association and represented the East Coast as a board member of the National Association of State Organic Programs.

Those years of organic work taught her the importance of the fundamentals of good health but also how, if we get out of nature’s way and treat ourselves and our livestock the way nature intended, we can not only stay out of trouble health-wise but we can thrive. These basic ideas are just as important now as they were to our grandparents:  good nutrition, good sleep, exercise and stress control are still key to good health. Actually, they may be even more important in the world we live in now, since we are exposed to chemicals, bacteria and pathogens that weren’t on our grandparent’s dance cards years ago.

Catherine’s career in the upper echelons of the organic industry, with its myriad of system protocols, influenced her beliefs about health and wellness. She learned that often, good herd health (as in livestock herds) was a direct result of farm management plans that stressed good nutrition, low animal numbers (overcrowding = stress), good microbials and gut health. Catherine was privileged to help develop organic system standards for livestock and worked alongside some of the most revered alternative health minds in the country. She worked with farms who used some of the country’s top homeopathic veterinarians and saw how homeopathics and energy worked. It was eyeopening.

She found herself being called in to “problem farms” to root out weak links in their systems. She quickly became well known in the organic industry as “tough” and someone who could read the fine print farm health wise, discern what was actually going on on the farm and usually without asking. She saw that the farms that had the fewest crop and livestock problems usually had farmers with fewer health problems as well. “What’s that about?” she thought, “Could it be the chemicals or the bacteria?”

In the end she determined that the old-school farmers that she worked with (mainly in the Amish and Mennonite communities) were onto something. They used homeopathy and herbs. They listened to their animals. They didn’t “push” their animals to produce unnaturally – and their animals lived longer and had fewer health issues. There was a respect and an understanding of the fact that God created life and that the plan was for all us to live abundantly and be in good health – and we are to help each other do that. That’s why the OHS mission is to help people heal and to do it without using methods or drugs that might be harmful. She learned a lot about faith during those years and her faith in God is still the most important thing in her life. He is the healer.

Farming naturally, that was the old. When she discovered bioenergetics, well, that was the “new.” The merging of the basic tenants of health with the incredible technology that enables insight into even the most complicated health situations inspired her new vision for a health business that can actually help people get on the right path. Homeopathy harnessed to energetics. Yes, it is incredible and it works. And Catherine is still inspired and blessed everyday.