The History of Bioenergetics 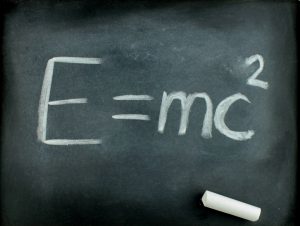 In the 1900’s, Western science began to investigate the ancient theories of electrical energy and wave patterns in living things and objects. A number of scientists (such as Royal Rife) produced studies evaluating the electrical properties of various compounds and concluded that each had its own unique wave pattern or resonant frequency.

In 1951, a researcher named Nivoyet established that acupuncture points do in fact have a lower skin resistance than points elsewhere on the body’s surface and that by implication, their conductivity is higher.

In 1952, Dr. Walter Schmidt examined patients that had a variety of known disorders. He examined the corresponding acupuncture points using an electrical current and found that resistance at the specific acupuncture points that related to their disorder increased when that organ was malfunctioning. In contrast, this resistance remained constant when the function of a corresponding organ was not impaired.

These two vital findings were not consolidated until 1953, when German physician Dr. Reinhold Voll researched and developed a systematic approach for evaluating the body through skin resistance measurements. Cumbersome and complicated though it was, this was the world’s first EDS (Electro-Dermal Screening) system.

Because the techniques Dr. Voll developed were so difficult to implement, German physicians went on to work hard on developing EDS practices that would reduce the quantity of acupuncture point measurements needed, as well as reducing the quantity of remedies required in medication testing. As these modified practices developed, they became known as “Bio-electronic Functions Diagnosis & Therapy” (BFD).

Dr. Helmut Schimmel, a medical and dental physician and clinical researcher from West Germany, worked with BFD for nearly a decade until, in 1978, he developed a third incarnation of the system. The “VEGATEST-Method” or VRT (Vegetative Reflex Test) was the culmination of some thirty years development and experience of German Electro-Acupuncture. The new technology and practices became hugely popular in Germany and spread overseas to the USA, England and Australia.

In 1979, an American named James Hoyt Clarke launched a machine named Dermatron. This was the world’s first Computerised Electro Dermal Screening (CEDS) system. Clarke would go on working to perfect a computer system capable of taking electro-dermal measurements quickly, simply and accurately. After 16 years of research and development, he achieved this, introducing the LISTEN (Life Information System Ten) System to the world in 1991. This second-generation computerised system allowed faster and simpler operation with more accurate results. Clarke programmed tests against 18,000 substances.

The LISTEN system was the basis for BioMeridian’s BEST System, which was released in 1998. Fully Windows compatible, this system would test against 29,000 substances. Because of these radical improvements in accuracy, scope and convenience, EDS and bio-energetic technology gained popularity amongst independent practitioners worldwide. Since then popularity for bio-energetic medicine continued to spread; and science began to catch up. Energy medicine began to gain widespread clinical acceptance, with results now backed by scientifically documented research.